In a world of dim stars and plastic parts, the Black Bottom Biscuits shine like a rhinestone-studded Cadillac sparkling under a honkytonk moon. Recognized as one of the hardest-working bands in South Carolina, the Biscuits fuse old-time country and rockabilly into their own unique, crowd-pleasing sound. Since 2002, the band has performed throughout the Southeast at venues ranging from festival and concert stages to barbecue joints and honkytonks. Their songs tell stories about the people and places they love, and their experiences along the way. It’s music with a country heart and a Southern soul.

Released in June 2009, Ain’t No Kind of Blue is the band’s third and most promising album to date. Produced under the direction of Carlette West, whose career as a professional vocalist has included work with Pat Boone, Nancy Sinatra, and the Everly Brothers, the new recording features 14 original songs on love lost and found, the nostalgia of Southern home life, and a healthy dose of babes, beer and blues! Previous releases include Too Many Cars in My Yard (2005) and Moonshiner’s Daughter(2003). 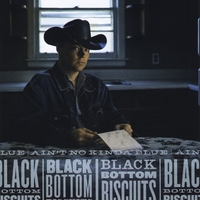